If there was ever any question that Christmas 2018 was just around the corner, then the St Michaels Singers, who entertained us with their Christmas Crackers concert, left no doubt in anyone’s mind and certainly made sure that by the time we left, we were all well and truly in the festive mood.

The concert was performed on 20 and 21 December, and was well attended on both evenings. It was held in The Village Hall, adorned with Christmas decorations, and in the interval we were served hot mince pies while the raffle was drawn. The choir, directed by Jacqui Cable and accompanied by their wonderful pianist, Kath Ainsworth, performed a most entertaining programme of seasonal songs, carols and readings, and managed to convey the true spirit of Christmas with selections from the traditional and festive to the light-hearted and comical. Their opening chorus of ‘Angels Sing Glory’ showed just how versatile, talented and hard working they are to achieve such a rousing opener and their ‘Variations on Fa La La’ took us from the well- known chorus into a surprising journey culminating in the ‘1812’ with accompanying cymbals and explosions! On the way there were many highlights including the beautiful ‘He is Born’ and a delightful duet with Geoff and Jacqui singing ‘Christmastime’ and… yes, who can fail to mention Peter and his rendition of Goodness Gracious! The sketch of an alternative ‘Cinderella’ story was very entertaining and well narrated by Ros, ably assisted by Chris , Mike , Muriel, Geoff and Lesley. A special mention must go to the MC, Mike Jordan who, as well as introducing the proceedings, entertained the audience with a selection of Christmas cracker jokes which made us laugh and groan in equal measure!

There was plenty of opportunity for audience participation starting with Hark the Herald Angels Sing’ and ‘Silent Night’ and in the second half  very one joined in ‘Must be Santa’ with lots of enthusiasm. By the second attempt at ‘Christmas is Coming’ we started to sound quite tuneful, though I’m not sure Jacqui would agree!

They were thoroughly enjoyable evenings, and we all say a big Thank You to the St Michaels Singers. Also a big thank you to Muriel who raised £198 on the raffle. 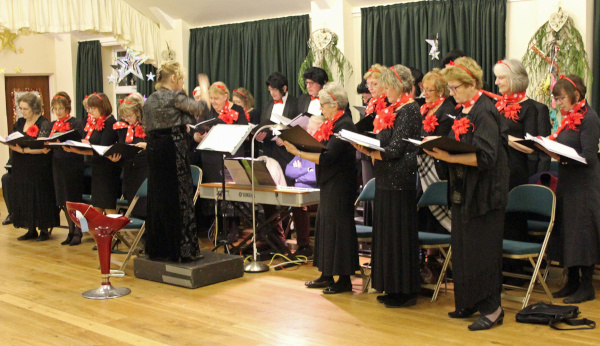 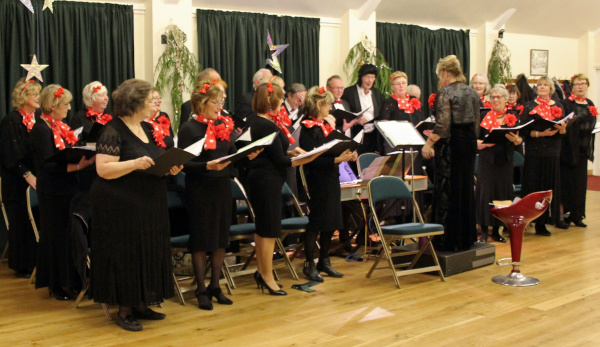 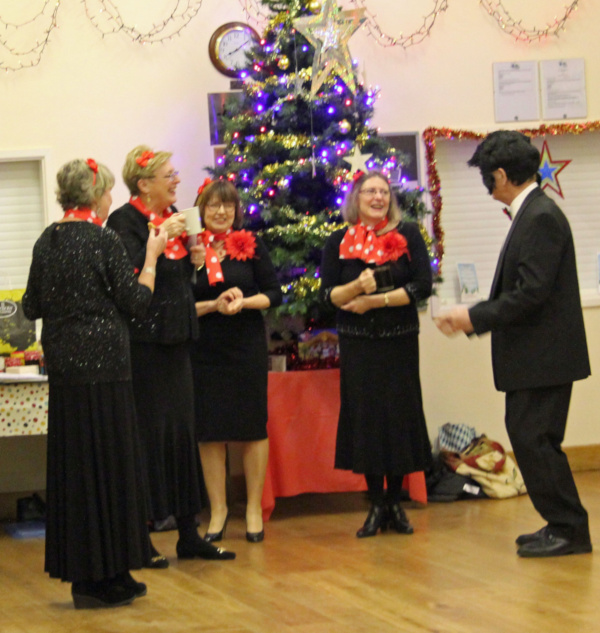